Skip to content
Join 92 other followers
Posted on October 26, 2019 by Wargamingpastor

Let’s categorise this under ‘bizarre’. So every once in a while I find myself picking up a box of 1/72 plastic figures, Airfix, Italeri, Hat, the usual culprits, and I seem to have amassed a rather large collection over the years. This probably stems from an unhealthy obsession as a child for our little plastic friends. I love the idea of the potential adventures hidden in these little cardboard boxes! But alas I’ve never found the time or patience to turn a box into much workable as a wargaming project. The figures are often too detailed, too numerous, their uniforms too difficult to paint! I yearn for my childhood imagination that allowed Robin Hood and his Merry Men to storm a WW2 German bunker, but my adult brain struggles with such flights of fancy addled by logic and reason as it is. Until now that is as I have been struck with a bolt of imagination! What about the wars that are fought by ghosts? Armies from history, battling in the netherworld, their equipment similar, familiar but changed by strange forces? 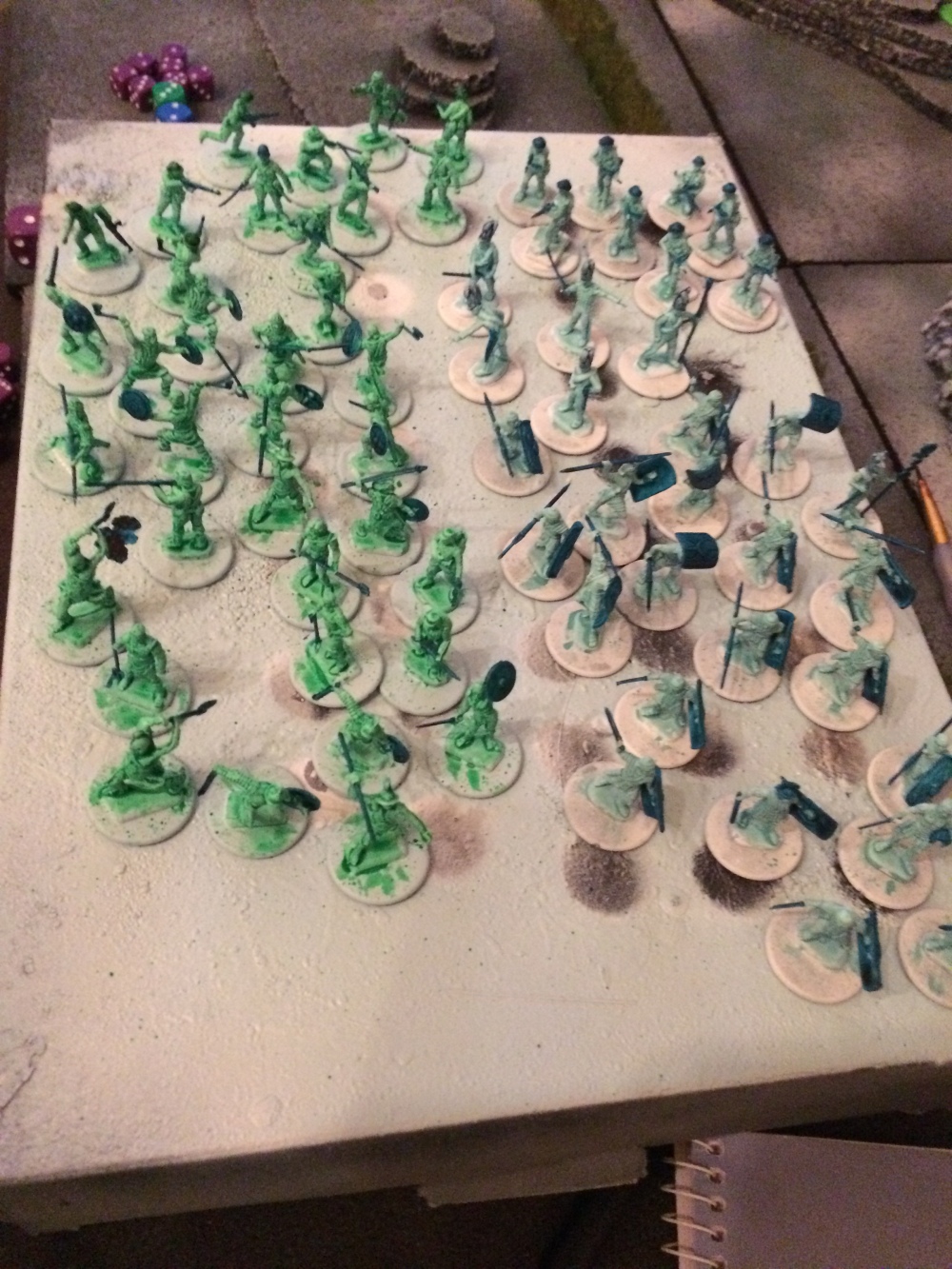 View all posts by Wargamingpastor